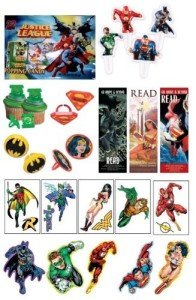 Kids worship superman, batman, spiderman and other superheroes. No wonder superhero themes are so popular for birthday parties. Superhero costumes and party supplies are commonly available for such parties. To roundup the superhero theme, one would like to give out superhero party favors. Here are collections of some such favors. Foam Balls, wrist straps, rubber ducks, candy sticks and lollipops, stickers, activity books, all with superhero themes. There are also mixed packs available with superhero themes, which are good value for money and some of them are reviewed below. 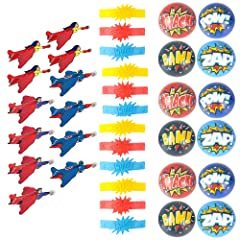 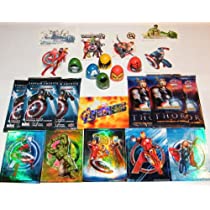 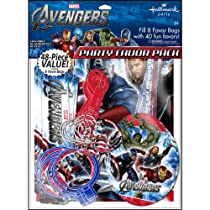 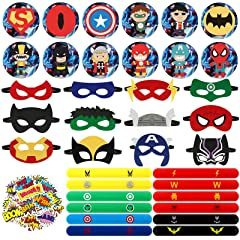 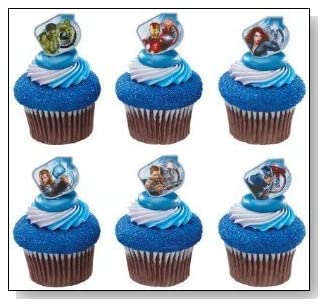 Marvel Avengers Superhero Cupcake Rings
Order these Avengers cupcake rings for a superhero themed party to decorate your cupcakes.The price is great and the rings are of high quality. Kids will love getting their party favors out of their cupcakes.The images on the Rings are great, fully colored and clear, the ring size is adjustable. 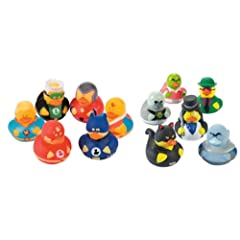 This is a set of 12 superhero ducks. It is great fun to see the superheroes squirt water out of their beaks. They are cute for playing with outside of the tub.
They&quot;re based on actual super hero costumes and are sure to be a hit with super hero fans.

Watch this video to get tips on how to throw a superhero themed part. You will need Superhero Party Supplies and Loot Bags filled with Superhero Party Favors. The two value packs featured here should take care of most of the party favor needs.

Avengers Party Supplies for 15 Superhero Guests with 200 Plus Items

The webmaster of Dont Pinch my Wallet.com is a participant in the Amazon Services LLC Associates Program, an affiliate advertising program designed to provide a means for sites to earn advertising fees by advertising and linking to amazon.com.